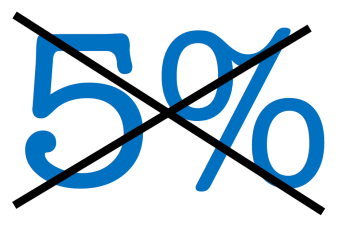 Having interacted with tens of thousands of people seeking new positions, it is only logical that I have spent time with many who have been out of work. For many, the process of finding work is a foreign experience and one they really struggle with.

After a few, many, a great many rejections from recruiters and employers, they can start to spiral down in to a pit full of feelings of inadequacy and failure. If they are lucky, they have family, friends or even professional assistance to lean on and they learn that if unemployment figures are 5%, then we are enjoying 95% employment.

Is the glass half full or half empty?

I began recruiting in Adelaide in 1989 as an “Human Resource Consultant” for an international player in the industry. Not long after commencing, “the recession we had to have” took hold. The numbers of people losing their jobs per day in Sydney was frightening as were the down stream repercussions. But in Adelaide, while the numbers were smaller, the percentage was staggering. Branch offices were closing at an astonishing rate as functions were transferred to Melbourne and Sydney.

One advertised position resulted in over 400 applicants – in the days before boards and e-mail! Every telephone conversation was a debate with the applicant as they just could not accept “no” to their application – they thought there were no other positions vacant in Adelaide.

Hundreds of people found (new) positions every week throughout the entire period of the recession. Many of these positions were not advertised – they did not need to be. The people who secured these positions accepted that in a market of just under 85% employment (as it was then) those who networked, mailed, door knocked, cold called prospective employers, were the ones who succeeded.

Today, people genuinely seeking employment have a wealth of educational material at their finger tips courtesy of the internet for example, there are thousands of words built on over fifty combined years of Human Resource consulting and Executive Recruiting experience right here on my website.

Every job board, Executive Recruitment company and countless other sites have a wealth of advice available that can be accessed from anywhere by anyone. The vast majority of the information available is valid and useful.