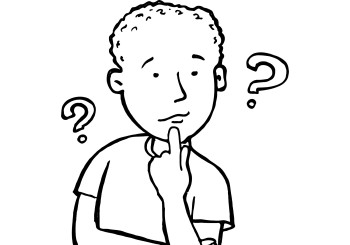 They cost, but are an insignificant cost when they just might save you hiring the wrong person. Or even better, they may well help you hire the right person.

However, too many valuable psychological reports end up filed away in locked cabinets to never see the light of day again.

The best use of a psychological report I have seen was when I was retained to recruit a Business Manager of a sizeable operation. In this instance, the Human Resources Manager I was working with is a qualified psychologist. The psychological report identified some areas of concern which guided my reference checking to a reasonable degree. The referees all said our concerns were consistent with theirs when they hired this candidate, however their and our concerns were proven wrong over a number of years in very challenging positions. But we had a heads up.

My client met with the candidate again and explained that they were about to offer him the position. But first, he reviewed the psychological report in detail with the candidate explaining his/their concerns. He then detailed the processes they were going to implement to ensure these areas of concern were managed if necessary. The candidate accepted my client’s concerns and accepted the position knowing that all parties were going to work together to make sure he was a success. Every one won.

Another example was when Mark Gallagher from Human Chemistry raised issues with a candidate for a Technical Director role I was recruiting. Mark and my client met several times and the result was that my reference checking focused on an area of concern that Mark had raised in addition to the areas I cover anyway. This resulted in the appointment of another candidate who went on the represent the employer in many senior roles in Australia and throughout Asia. Any cost benefit analysis of this appointment justifies the additional cost of a psychological report many times over.

I think my point is that the psychological report must be seen as ONLY ONE component of the recruiting process. What remains critical is the need to fully understand what you are looking for as far as culture, skills, experience. This is like pre-painting preparation. If you are painting properly, you will spend a lot more time preparing the surface than you will painting it. To put the final coat on, you need to ensure that every one involved has the ability and knowledge needed to ensure that their part in the process is well founded on the preparation.

Hopefully all this effort includes an interview process that is structured, planned and conducted by people who are both trained and experienced in interviewing and are completely on board with the culture, skills and experience established as required for the role.