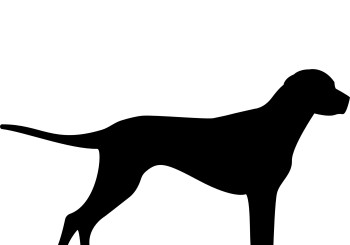 In the early days of a recruiting career, the “rookie” recruiter can consider themselves all too important and also not realise just how much influence they do have over a person’s career; or more. If the recruiter remains in the industry for a good length of time, this attitude and ignorance can perhaps develop into a “veneer” of indifference and insensitivity to the needs of those they interact with.

Daily — no, hourly – the typical recruiter is dealing at arms length with people aspiring to find meaningful work or to change their career. It is all too easy to ignore the complex mix of emotions that are bouncing around in the typical applicant’s head. The recruiter is usually ignorant of the candidate’s sometimes desperate need to find income; to regain the social standing usually associated with employment (“Hello, what do you do?”); to keep a roof over their heads; to regain what they see as a loss of standing in the eyes of others.

I am guilty as charged.

It is impossible to recruit for over twenty six years and not be found wanting in the area of responsiveness and understanding. But when I feel I have tended too far towards hiding behind a veneer of insensitivity, I recall this story from my early days in this industry.

Graeme applied for a role with me. He phoned and asked if there was any point in him applying as he was 62 years of age. I was able to tell him in all honesty that there would be no discrimination on the basis of age and spoke with him for several minutes. His background was not really suitable for the position and I told him so. I still asked him to forward his details to me and he did.

There was something in his tone when he called to follow up. Nothing caused me alarm, but something that encouraged me to call Graeme in for a “general interview.”   Graeme was a genuine, sincere and likeable man. He had been unemployed for a while and was obviously not handling this too well. But he remained up-beat in the interview and had some good technical skills.

I referred Graeme to a client who decided that Graeme had a set of skills he needed for a three month contract. Was Graeme happy? Graeme was over the moon! His delight and confidence received an extra boost when after 6 weeks, he was offered permanent employment.

About three months later I was asked to attend reception to meet a lady who was asking for me. She said it was a personal matter. Julie was Graeme’s wife.

Julie presented me with a bottle of Port as a thank you for helping her husband. When I tried to impress on her that this was not necessary; that I had only been “doing my job”, she responded with:

“You don’t know what you have done, do you?” I got the feeling I didn’t.

At Julie’s insistence, we moved to a quiet area and she told me Graeme’s story.

Graeme had been progressively selling their cherished assets to try to remain in their humble family home. As he did this, he was slipping further and further into depression. His married daughter had moved back home, leaving her husband to care for their own two children. She did this so she could assist her mother keep Graeme, her Dad, under suicide watch. Their precious resources were being directed to professional counselling and Departmental assistance to try to prevent Graeme from ending his life.

Two months after Graeme had been appointed as a permanent employee with my client; he returned home one evening with a bunch of flowers for Julie and broke down when he presented them to her. His tears were tears of love and joy. Graeme was back.

Julie and her daughter were advised the next week that Graeme no longer needed to be considered a suicide risk.

Julie had asked of me; “You don’t know what you have done, do you?”

But I have never underestimated the potential impact of each and every interaction I have had with candidates ever since. Every single word we recruiters utter in a conversation with a candidate takes on a life and meaning of its own with the candidate. The impact can positively or negatively impact on the emotions of the candidate with profound results.

Perhaps this story might illustrate the importance for recruiters to take some time out to reflect on the personal needs of these hundreds, or thousands, of candidates. In doing so, hopefully recruiters will sharpen their perceptive skills, deepen their empathy of the needs of others and remember what it was like when they were a candidate!